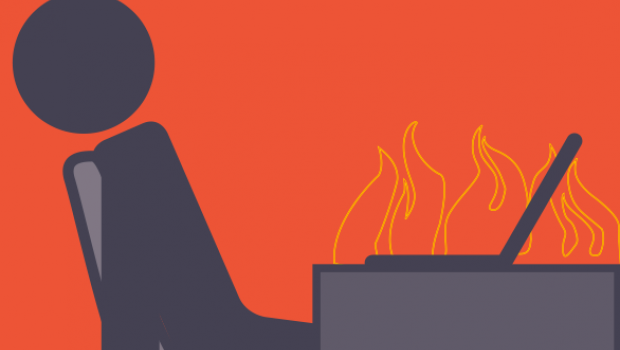 Can’t stand the heat? 4 Top Tips for Dealing with Conflict

I don’t think there is a single person in the world that relishes the thought of a difficult conversation. Whether it be with a supplier, team member, or customer, conflict is something most of us try to avoid, not seek out. I would hazard a guess that, if we are being honest, most of us would rate our skills at managing conflict as ‘needs improvement’.

The crux of it usually stems from a fear that conversations might get heated. When emotions are tickled, either intentionally or not, the tendency for one, or both, parties to flare up at the first sign of a criticism, threat or harsh negotiation tactic increases dramatically – reducing the potential of coming to an ‘agreement’ in that conversation almost to zero. But what can you do to avoid this situation?

Above everything else, don’t pull away from a difficult conversation and think it will ‘go away’ or fix itself. In all likelihood, ignoring the problem for a period of time will make tensions higher when you do have to discuss it.

Coming into an argument with a ‘position’ or tactic, can backfire. Often in difficult conversations, because of the fear of failure in ‘winning’ the argument, we may only convey half the truth, or some of the facts, or overstate a number because you are expecting negotiation, and/or, conflict. In reality, these plans rarely win. If you are clear and transparent, you are more likely to candour favour than someone who looks like they may be ‘hiding’ something.

It’s all too easy to throw down the gauntlet, or go in with the walls up. Focusing on getting your point across, without compromise won’t work, just as compromise won’t work if it’s not the right compromise. Listening, actively, to what the other party wants/ can’t do/needs help with is more likely to encourage a better outcome. It may also involve the conversation ever getting to a ‘heated’ stage in the first place.

#4 Be objective, and self aware

Emotional intelligence is key to managing conflict, as it is useful for knowing when to push harder, and when to soften up. If this is something you struggle with, ask a colleague for some honest feedback on how they perceive your conflict management skills. Likewise, talking a peer through the situation might reveal some useful, impartial view points that may help you consider the situation from more than just one angle.

Most crucial to all of this however, is to learn how to view these conversations with less fear, and more openness. Don’t let ‘conversations’ become issues by acting swiftly, and when you do feel the pressure building up, ensure you address it candidly and with due consideration to the other party’s position.