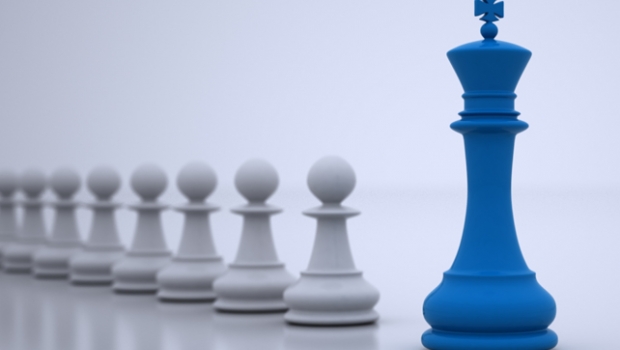 Deconstructing Charisma: 4 Tangible Ways to Get Finance Teams to Follow You

We’ve been exploring the concept of leadership, leading and managing leaders for the last few months and have touched on a number of vital insights into the skill sets and competencies managers must develop to become great leaders.

Like with anything theoretical, practical application to ever evolving team dynamics in highly pressurised roles takes great commitment, focus and time. And, I can hear you say, a certain amount of wizardry. Magic. That intangible something people see as intrinsically personality based, but always present.
I’ve often heard this referred to as “charisma”. A powerful word, yes, but tantalisingly intangible. More so used as a convenient label for a perceived, but not broken down, set of softer skills that surround the people we perceive as great leaders, it doesn’t do much to pinpoint the nuances of critical set of skills that separate good managers from exceptional leaders.

A seminal article, written by Robert Goffee and Gareth Jones, centres on four softer, but critical, qualities that encourage people to follow leaders, addressing just this point. “Why Should Anyone Be Led by You?” argues that revealing your weaknesses, becoming a sensor, practising tough empathy and daring to be different are the key to achieving excellence in leadership. And far from suggesting these skills are intuitive personality traits, like charisma, they support that they can be developed, and learnt, but any aspiring leader.

“Reveal Your Weaknesses”
Think about your own experience of reporting into superiors. What encourages more participation, a leader who shows they are human and builds a sense of solidarity and openness, or a distant, perfect leader who appears to need no help, and certainly no support? As well as being a great connector, it’s also strategic; nobody is perfect so pointing to a minor, but authentic, weakness will protect you from undue criticism or over-analysis.

“Become A Sensor”
The best leaders sense minuscule changes in their operating environment. Understanding organisational behaviour, the dynamics of those who work around you and for you, will help you to collect and interpret developments without having to be told. Judging the quality of relationships, the engagement of team members and recognising unexpressed sentiment are qualities of a great leader.

“Practice Tough Empathy”
Tough and empathy seem to be at opposite ends of the scale, but here’s the point that maybe aligns most closely with that elusive wizardry we discussed above. It’s straight forward to appreciate why we follow leaders who show us high levels of empathy; however it’s less clear, on the face of it, why when they make tough decisions, we continue to follow them. Goffee and Jones argue that the dynamic of giving people what they need rather than what they want, builds loyalty, commitment and respect.

“Dare To Be Different”
In the fairly formulaic, and repetitive world of work, people crave difference; and it’s plain to see that leaders that capitalise on points of interest, or atypical styles, captivate their teams. Daring to be different is not about wackiness, or isolating yourself from your team, but it is about leveraging people’s delight in imagination, expertise and adventure.

The point Goffee and Jones make is that these skills, used at the right times, encourage subordinates to be led, to follow and to be bought in to organisational decisions, even when they appear tough. Their argument points far from an elusive sense of charisma, and breaks the components down into a quality matrix that can be honed, by anyone who is prepared to take the long road in professional development.