Home / Big Picture / Differences between a Finance Manager and… 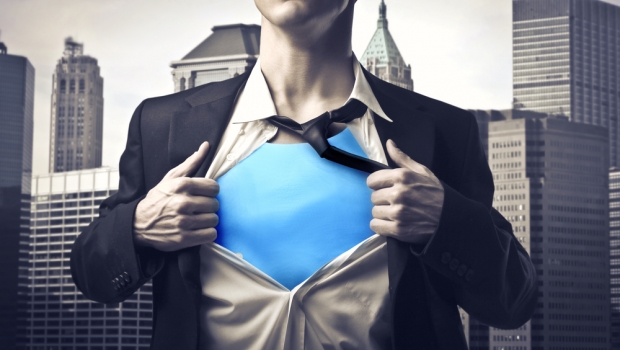 Differences between a Finance Manager and a CFO - which are you?

I think that you’ll all agree that one of biggest preoccupations across businesses small and large is developing future leaders. It’s been this way forever, a subject that has seen thousands of academic articles, training programs, books and seminars.

At the heart of the debate is an understanding of the difference between “management” (for example the role of a Finance Manager) and “leadership”(for example the role of the CFO), and exactly how this dynamic is replicated throughout the business world. Unfortunately, there are no easy solutions, or any tried and tested methods; it seems to be a subject of great interest that continues to elude us, well into the twenty-first century.

Abraham Zaleznik’s pre-eminent article on the difference between managers and leaders has really set the tone for over 35 years of discussion. Here, Zaleznik argues that the difference between these two types of individual, whose labels are commonly, used interchangeably, “lies in the conceptions they hold, deep in their psyches, of chaos and order”. For Zaleznik, and many scholars following his lead, the differences between managers and leaders stem right from this point. Managers crave order, they favour process, stability and control, whereas leaders can tolerate chaos, comfortable operating in environments of instability and fluidity. Leaders don’t seek to solve problems before they’ve found the answer, driving change (chaos) over stability.

Corporate organisations control through power. Both managers and leaders need authority, and this is predicated by power. However, this is where the similarities end. But it’s also where the problems start. Organisations develop “managers” as a way of driving the delivery of already conceived strategies. Managers are organisers; they control their teams to deliver fixed results. They apply advanced analytical skills to overcome problems that might prevent them achieving organisational objectives. They’re persistent, hard-working and most critically, highly reactive.

Leaders on the other hand create authority, and power, by very different means. They’re active, led by desire, ideas and intuitive behaviours that generally, corporate organisations can’t train. Like artists, or scientists, they psychologically occupy a space outside of the organisational collective, which allows them to strategize, think and act in an unconstrained environment. Leaders lead by motivating, inspiring and aligning people through clear, direct communication of a vision. They strike out in new directions, that often “managers” would either view as irrational, or risky, internalising the inherent conservatism of most corporates.

As J.P. Kotter writes in “What Leaders Really Do”, leaders actively drive change and instability. They set a direction and communicate it using the values of their audience to motivate. This direction doesn’t have to be ground breaking, but it must be crystal clear, understandable at all levels of an organisation and filtered through a business in a way that empowers and involves everyone from the ground up. He makes a critical observation that leaders talk more than organise – and they talk outside of the hierarchies that traditional management puts in place to reach everyone that could be a potential supporter or change champion.

Importantly, they create energy through reward and recognition, coaching not “managing”, and working on assumed equal footing with people to give people a sense of control, purpose and involvement in organisational direction.

Don’t misunderstand my point. All organisations need managers, just like they need leaders. Managers hold a crucial place in creating structure and controlling it. However, what is clear is that most organisations are over managed and under led, and are unable to strategically develop leadership potential. Hence the proliferation of material surrounding this very subject, that paints “leadership” as a longed-for, almost mystical concept that we’re all still striving to monetise in the real world. Unfortunately, the nub of the problem is that the corporate environment, in the main, promotes managers not leaders, and until this changes, it’s unlikely we’ll ever stumble on the answer.

Perhaps the key is building organisational capacity for leadership development that allows for a little chaos and instability – promoting autonomy and providing room for ideas and new direction, even ones that fail.

After all, the best leaders in the world have, in the main, failed at least once and become better for it.

Read more:
Zaleznik, A., “Managers and Leaders: Are They Different?” HBR
Kotter, J.P., “What Leaders Really Do” HBR