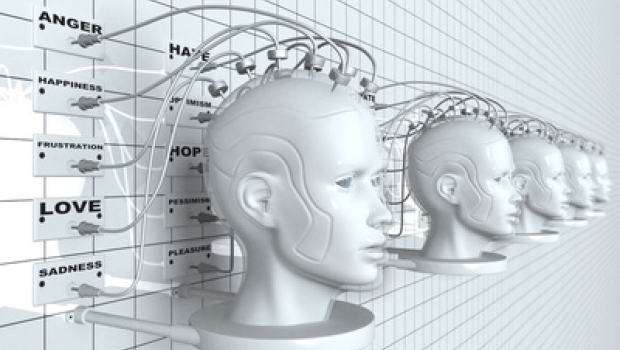 "EI-Up" your Finance Team and step up into real Leadership

I’d be surprised if you’ve got to this stage in your career without experiencing a catastrophic boss.

Hopefully not as a direct manager, but we’ve all crossed paths with an executive who leaves a path of people-related destruction in their wake. Offensive, aggressive, self-centred, they might get results – initially – but certainly not without ruffling more than a few feathers.

You might even have felt it in your own interactions with staff. As a finance leader, you have to have difficult conversations everyday. Ever communicated a key direction or piece of constructive criticism only to discover that the gap between your intent and how the individual has heard it has caused more problems than improvements?

Emotional intelligence, or EI, is something we all need to be highly conscious of every day. It’s the ability to interpret ad regulate one’s own and other people’s emotions and use emotional information and signals to guide thinking and behaviour. Now a prominent part of any leadership development programme, Daniel Goleman’s seminal 1995 study on the subject of EI in business brought the concept to a much wider audience, superseding theories of the Big 5 leadership qualities and intelligence (IQ) being the defining characteristics of great leaders.

Goleman’s theory of self awareness, self regulation, motivation, empathy and social skills

Goleman, and the academics following him, propose that truly effective leaders are distinguished by a high level of EI, which can be defined by 5 factors: self awareness, self regulation, motivation, empathy and social skills. His theory explained why often introverted, socially inept people that hold astronomical IQs struggle to lead while often-lower IQ professionals rise to the top through a combination of the aforementioned soft skills, and an intuitive ability to connect with people.

So why is emotional intelligence important for leadership?

Goleman proved that although leadership styles vary amongst successful executives, one common thread is a high emotional intelligence; it’s the differentiation between leaders, and those who lead. “Without it, a person can have the best training in the world, an incisive, analytical mind, and an endless supply of smart ideas, but he still won’t make a great leader.” Leaders who display low EI are generally characterised by teams displaying high rates of attrition, low employee engagement results and absence of innovation or outstanding performance.

How can you tell if you need to work on your EI?

There are a few signature signs that your EI is low, and they all revolve around your interaction and interpretation of other people’s behaviour. Ever felt frustrated or annoyed when people don’t live up to your own high standards, or don’t understand your point? Like to assert your opinion early on in a meeting? Not worried about being “liked” at work?

Seek feedback and recognise your gaps

Like anything, recognising that there is an issue, and taking steps to rectify it is always your best foot forward. Unfortunately, people with low EI generally don’t recognise the problem straight away, so asking for feedback is critical. Even if you have high EI, keep on top of it – utilise 360 reviews, talk with peers or candidly with a superior. Often, it’s about understanding the “gap” in your communication style – between your intent, and what the person you are communicating with interprets it as. Think about your sentence structure, style and the context of your discussions with team members – could what you are saying be interpreted as even slightly patronising, negative or disingenuous? Does it allow for any understanding of the other person’s view? Does it show that you care?

EI is about understanding yourself and others, and leadership is about harnessing this skill to drive business success. Its value lies in creating authentic connections with those who follow you, and enables you to show others that you lead fairly, with respect and most importantly, with integrity.

Read more:
Goleman, D. Emotional Intelligence – Why it can matter more than IQ
Goleman, D. ‘What Makes a Leader?” HBR