Home / Big Picture / Successful Leadership is Not About Being… 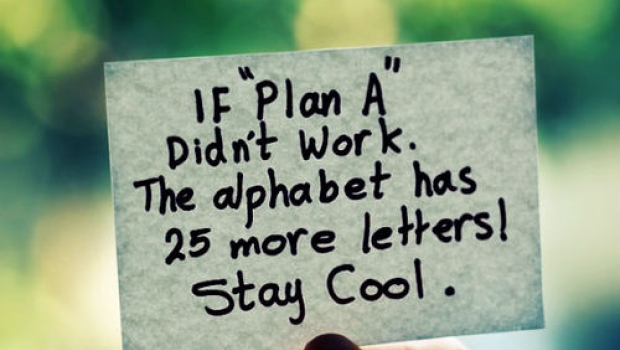 Successful Leadership is Not About Being Right First Time, It’s About Making Better Mistakes

Why is it then that failure, or making mistakes seen as such a negative, or career grounding affliction, in many of the business environments we operate into today? Let’s be honest, when you recruit, or decide to promote someone, how often do you make that decision based on their success, over anything else? Sure, we might find someone who put all their life savings into a business more interesting, but would you promote them over a first-time passes ACA, with a consistent track record of achievement?

#1 Trial and error, variation and selection

Tim Harford’s TED Talk “Trial, error and the God complex” examines this concept, albeit, in the context of economic development. Harford champions the belief that one of the most inhibiting and afflicting concepts of humanity is the “God complex”, an unshakable belief – what we might call an ego – of people who vehemently believe they are right, for either reasons of intelligence, privilege or infallibility. Harford contends that many of the most successful scientific discoveries, economic systems, and even evolutions of being are, and have been, built not through having the right idea first time, but through trial and error. Alluding to examples as broad as Unilever’s quest to engineer high quality manufacturing equipment parts, as as general as many discoveries in medical science, he demonstrates a common link – they all came from trial and error, and variation and selection.

#2 Use failure as a fuel, not an extinguisher

The lessons he shares are readily applicable to leadership. A quick look at the profile of successful leaders, as alluded to above, shows a clear trend of trial and error. As Harford points out, knowing that 10% of American businesses fail each year seems like a shocking statistic, but it also is the fuel for the incredible performance of the Western economies.

Think about it. James Dyson built over 5000 failed prototypes and used all of his savings before making Dyson what it is today. Those business’ success does not come from one person having all the right ideas first time, but one person (or many) prepared to lead through trial and error, with the goal of making better mistakes than their competitors.

Just as much as you need to embrace failure, to be a great leader, you must be shocked out of believing that you are infallible. Harford uses a fascinating example of a scientific trial run by Archie Cochrane, his TED Talk quasi-protagonist. In this trial Cochrane sought to test the recovery of patients who has suffered from a heart attack, by examining their progress in two environments: a specialist cardiac unit, or at home. Dealing with many Doctors with a perceived “God complex”, he was told he would be risking the lives of many by sending them home. Cochrane played a trick on these Doctors by providing them with data (flipped around) that at first reinforced their view, and then, when it was revealed what he had done, shook them out of it, proving their infallibility as experts, and the real path to progress.

And this here is the critical part of the whole TED Talk for us. It’s only when we fail, or have our infallibility tested, that we really develop as both human beings and business leaders. We all have a “God complex” to a varying degree, and it’s only when we see that for what it is, that we can move forward into the unknown. Failure keeps us vibrant, and keeps us sharp.

So remind me again, why do you want to be someone who’s got it right all their life?