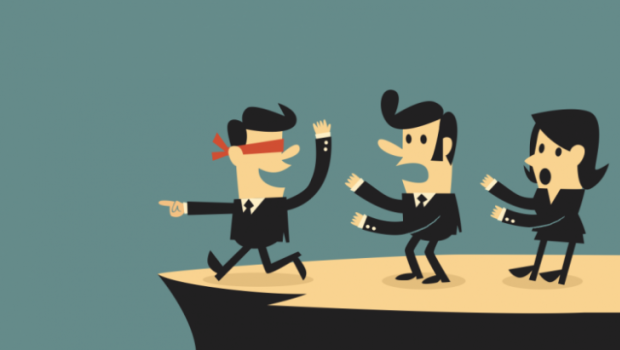 We could all talk about leadership until the next century, no doubt about it. If you’re a new leader, or even an established leader who is looking to take a step to the next level, this can be exciting, but also daunting. So we’ve, rather handily for you, created a short little Leadership 101 – encompassing some leadership truths that we all need reminding of:

There’s a wealth of material on this subject, but a great place to start are two seminal articles written by Abraham Zaleznik and J.P.Kotter (Zaleznik, A., “Managers and Leaders: Are They Different?” HBR, and Kotter, J.P., “What Leaders Really Do” HBR).

Managers are organisers; they control their teams to deliver fixed results. They apply advanced analytical skills to overcome problems that might prevent them missing organisational objectives. They’re persistent, hard-working and most critically, highly reactive. Managers, or those perceived as managers, tend to be looked down on in this conversation; as ‘leadership’ is not seen as a quality of managers. If you’re a manager, and a manager alone, you must become a leader.

Leaders on the other hand create authority, and power, by very different means. They’re active, led by desire, ideas and intuitive behaviours that generally, corporate organisations can’t train. Leaders actively drive change and instability. They set a direction and communicate it using the values of their audience to motivate, they create energy through reward and recognition, coaching not “managing”, and working on assumed equal footing with people to give people a sense of control, purpose and involvement in organisational direction.

Derek Sivers’ fantastic Ted Talk, “How to start a movement” is a great watch, and a fantastic illustration of this point. Sivers’ salient point is that despite people’s common opinion that the innovator, or ideas-man, is the most important leader, he shows that the most critical is engendering a movement is actually the first follower, or the person that joins in first. It’s a great reminder that we don’t all need to be innovators to have leadership impact – in fact first followers, or supporters of ideas, can be as critical, if not more critical, in successfully driving a movement than the idea in the first place.

#3 The Best Leaders Hire People Smarter Than Them

It’s just natural to hire people who have a similar background to you, or that you have a natural synergy with. It makes sense – same value set, same work product. We all know ‘fit’ can be critically important, especially in small team environments, as can education and skills gained in similar work environments. So very often, looking for similar characteristics and qualities in potential candidates is an important part of any hiring process.

However, where this can go wrong is where leaders don’t hire people, because they feel threatened. People who bring different ideas, who challenge your principles, or bring more experience or more success, may all fall into this category. Remember, difference is essential to growth – and the best leaders will do what is right for the business, not for their ego.

#4 Being a Good Leader is Not About Being Popular

Being ‘nice’ doesn’t make a great, or even a good, leader. Certain leadership qualities, such as the abilities to ‘collaborate’, ‘include’ and ‘engage’ (all ‘nice’ things) are often trumped as essential competencies for any aspiring leader. However, they don’t always get the best outcomes. Struggling to say no, an ability to face up to conflict or cause friction, and a lack of assertion are common pitfalls aspiring leaders fall into when they sway on the ‘nice’ side of these abilities.

The key challenge here is making a shift in mind-set from ‘relating to being liked to relating for impact’. By focusing on driving business results, rather than getting everyone’s approval for what you’ve done, you will be a better leader, you will be more respected and ultimately, you will be more successful. And the best news is, you don’t need to be nasty either. See: Botelho, E.L., Wang, D., & Powell, K., “The Dangers of Hiring a Nice CEO”, HBR for a more in-depth read.

#5 They Empathise, Recognise, but above all, Great Leaders Are Honest and Give True Feedback

Above all, great leaders give honest feedback. One of the best ways to make the process of giving feedback more comfortable as a leader is to work it into part of every employee’s performance management process. By setting an expectation that every employee, regardless of performance, ranking, or level of authority will have regular check in sessions, in which good, and bad, feedback will be provided makes it a ‘normal’ part of every weekly, or monthly check in sessions.

Once you have discussed the feedback, mutually agree a set of time specific and measurable goals. It may be as simple as resetting a number of timelines and performance targets for BAU tasks such as month-end, or more complex and involve liaison with L&D or HR for skills development. Don’t ever leave a meeting without an agreed plan and check-in point, and make sure you stick to it!

Show integrity, fairness and transparency – and the rest will follow!