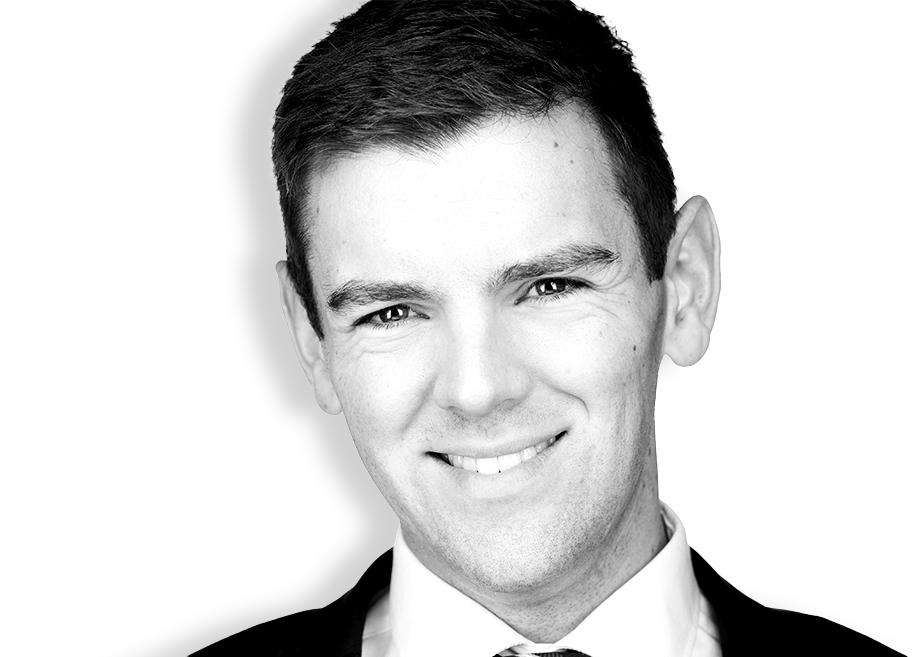 Colm Tully ACII, is Managing Director at Carole Nash. Check his LinkedIn profile and he describes himself as a “confident, driven and commercially focused Insurance professional with a sound technical knowledge obtained from a strong broking background and continued professional education…I work with an emphasis on professionalism, technical understanding and the personal touch.”

Having sat down with him recently (virtually of course) we can certainly vouch for that description. Here, in the first of a series of blogs, Phelim Murray, Senior Associate and expert in insurance recruitment with Barden, asks Colm a few questions about his career to date, and how he navigated a career in insurance to become one of Ireland’s youngest MDs of a leading insurance intermediary and brand.

In part one we focus in on Colm’s early career.

Here’s what he had to say….

Phelim: Colm, thanks so much for agreeing to chat with us, to start can you tell us a little bit about yourself?

Colm: I’m a normal working class lad, originally from Finglas (Dublin). I moved to the States with my family when I was 10, where we lived in Ohio for 5 years. We then came back to Dublin where I went on to do my leaving cert’ and started studying ‘Business Studies & Management in DIT’.

I’m a husband and a father to 3 great kids, and after many years working in insurance I was appointed Managing Director of Carole Nash in 2019.

Phelim: So, your career in finance started straight after school. Did you always know you wanted to work in insurance?

Colm: I had the intelligence, but less so the aptitude, and to be honest I didn’t care too much about the studying at that stage in life (it’s different now!). After school I decided to pick a general course and chose business. During college I worked in a hotel and when I was offered a Duty Manager  role on a salary of 27k I jumped at the opportunity. That was BIG money back then (I was only 19) and I felt like I’d just won the lotto. At that stage I was more interested in chasing the money so I finished my certificate in college and took the job.

In terms of always knowing if I wanted to work in insurance…no I didn’t! I wanted to be a commodities trader and decided after my time in hospitality that I wanted to explore this more. I knew I’d need to get at least a year’s financial services (FS) experience under my belt first so I joined Vodafone and then a friend who was working in First Ireland Risk Management said they needed brokers so I joined them.

Phelim: And so your insurance career journey began, what did it feel like?

Colm: To be honest I didn’t really have a notion about what it was all about!! However, 3 months in and I was hooked, and knew I wasn’t going anywhere else. This was definitely the career for me. I truly love working in insurance…not sure there are too many who can say that!

When I joined First Ireland I got straight into commercial. I didn’t do personal lines until much later in my career.

I spent some time with First Ireland, first as a Corporate Broker and then as a Business Development Executive.

Phelim: Before we explore your career a little more there’s one statement I’d like to pick up on…“I truly love working in insurance”…that’s a big statement! What is it that you love so much about it?

Colm: Insurance has given me a lot of things including a path to success, my wife (who I met in AON), my kids…

It’s afforded me some great experiences, interesting roles and an opportunity to progress my career and to achieve success. That and I really love the work – every day Is different. Challenging but different.

Phelim: After First Ireland, you spent a few years with AON, how did you get into a ‘high flying’ corporate account executive role with them?

Colm: Several Directors left First Ireland and moved to Aon – I got the call to see if I wanted to join them and manage the transfer of their clients across. It was a big decision for me as a 20-something year old to get involved in a pretty acrimonious departure but It was a move I really benefitted from, so I’m glad I took the plunge. I worked hard at it but I was comfortable with what I was doing and got to deal with lots of interesting clients like the FAI, Riverdance, the Maldron Hotel Group. It was insanely busy that first year — I’ll never forget the time I had 306 nursing homes due for renewal on the same day. Thanks Padraig…

After 5 years with them I was approached by Ray Fox about taking on a different role. This led me to being promoted to Sales & Development Exec where I specialised in the transport and logistics sector following the acquisition of another brokerage which specialised in that area. It was a role no one else seemed to want to do but I decided to give it a go. I drove it forward, grew the book every year and made a success of it ultimately managing the account.

Phelim: Any tips for more junior candidates who are thinking of taking a similar step?

Tip number one would be to value your contacts and connections, you never know what opportunities might arise. It’s vital to keep In touch with your contacts and also make sure to add value for them where you can; unless relationships are reciprocal, they tend to die off pretty quickly. I see some people who are scared of the process but don’t be; It’s quite simple really – you’re never too important to be nice. Follow that and you’ll do ok…

Another tip would be don’t shy away from a challenge. As mentioned above the Sales & Development Exec role was one no one wanted! I’ve never been one to shy away from a challenge, I’ve a bit of a competitive nature (even if it comes to tossing a coin!) which led me to take the role and enabled me to gain some fantastic experience which definitely helped to shape my career.

Also try not to get caught up in the glamour of things. At the end of the day it doesn’t matter who you’re doing the work with, whether it’s a big international well-known brand or a smaller less known organisation, I would much rather hire someone who has actually worked the role and done the hard graft.

I’ve lots more tips but one more to share here would be read beyond the job title. People get fixated on job titles and they mean very different things in different places. Make sure to read the job description and don’t be afraid to do something you’ve never done before. If it seems a little bit of a step too far…do it. It’s how you’ll learn!

Tune in next week for part two of this blog series where we chat to Colm more about his career including his time spent in the AA and his move to Carole Nash.