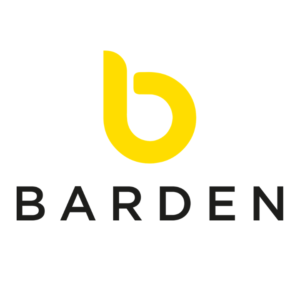 The following article was written by Vincent Colgan and was published in the June 2020 edition of Accountancy Ireland.

With fintech innovation transforming the financial services sector, banks must undergo a strategic revolution – as IBM did in the 1990s – to survive and thrive.

When your Irish mammy says she’ll “Revolut ye some money” for her grandson’s birthday, you know that fintech has moved mainstream. Leading fintech firms now have market cap valuations to rival the banks, with investors (or speculators) pricing in significant growth expectations at the expense of incumbents.

As banking boardrooms grapple with their response to the fintech onslaught, they could do worse than look through the lens of history to find inspiration from a similarly disruptive period in the IT sector in the 1990s.

Sword to a gun fight

Gary Hammel, who is one of the most significant strategic thinkers of the 20th century, once prophesied that “in the new economy, those who live by the sword will be shot by those who don’t”.

He observed that, when technological disruption occurs in a mature sector, dominant incumbents often suffer from the “tyranny of success”. They rigidly stick to the business model that delivered decades of success in the misguided belief that it will sustain success into the future. Before they know it, they become irrelevant and decline.

Roll forward to 2020 and observe the vast sums of global capital that have been invested in fintech organisations over the past decade, as investors believe they can tap the vast profit pools (and data) that banks have had to themselves for centuries.

While global bank CEOs were at first in denial, and even complacent about the fintech threat, many are now concerned by the exponential disruption to their core revenue lines. In considering a response, bankers could do worse than study IBM’s resurrection in the 1990s and how it underwent a strategic revolution to renew its lease on success.
But before we go there, let us delve deeper into the disruption that is happening in financial services in 2020 and the banks’ response thus far.

A holy trinity of tailwind forces are driving fintech’s disruption of banking:

Fintech companies have developed superior value propositions across nearly every product line. This allows consumers to send and convert money more cheaply, pay for goods and services much more easily, borrow money in an instant (no form-filling), and invest money smartly at a fraction of the cost charged by incumbents. They have perfected these propositions with helpful feedback from digital-savvy early adopters and now have their focus set on acquiring the banks’ core customers.

Bank executives attempt to counter the fintech threat by allocating finite investment resources to one product line under massive attack (payments, for example), leaving other product lines open to disruption (business lending or investments, for example). The multi-flank offensive is stretching banks beyond their capacity to respond, but the fintech companies are only getting started.

The greatest corporate turnaround of them all

Before a mortal blow is delivered, banking CEOs should learn from the greatest corporate turnaround of them all. When Lou Gerstner took over as IBM CEO in 1993, he inherited a sprawling, rigid, loss-making organisation in rapid decline. They could not match the pace of product innovation from a new breed of agile competitors. Each competitor’s specialist focus on a part of the IT value chain enabled them to develop value propositions far superior to the ‘jack of all trades and master of none’ IBM.

Within a decade, Gerstner had led IBM through one of the most successful corporate turnarounds and reinventions of all time. Gerstner and his team observed that, while corporate CEOs/CIOs were choosing IT products from competitors, the result was an IT architecture stack encompassing many different suppliers, which brought huge frustrations. These same corporations now needed a ‘technology integrator’ partner with a whole-market knowledge who could help them select, integrate and manage their portfolio of IT suppliers. For Gerstner, this was the eureka moment. This significant emerging customer need showed him that the future of IT would be services-led, not product-led.

IBM’s perceived greatest weakness became their most significant asset, as they had the market knowledge needed to win in this lucrative new services market.

How could this play out for banking?

Let us imagine how this could play out for banking. We are in the year 2030 and the ‘platformification’ of financial services has occurred, with a handful of trusted financial platforms banking all of Europe’s consumers and offering any banking/fintech product these consumers could need. Think Amazon, but for financial services.

90% of incumbent banks will have missed the boat by 2030. They either went bust or are now operating as a utility company, offering commoditised financial products through these platforms. Fintech companies are also resigned to offering their products through these platforms, as the cost and effort involved in customer acquisition became too high.

ABC Bank is the exception and has become the dominant consumer financial services platform player in the UK, Ireland, Benelux and the Nordics with 50 million customers. In 2020, ABC Bank saw an emerging market need for a trusted ‘financial integrator’, one that could make sense of – and harness – the multitude of great fintech offerings for the benefit of the consumer. The bank was brave and decisive, investing heavily in the right capabilities to become the Amazon of financial services. In particular, it invested in its digital front-end, third-party management capabilities, and data analytics capabilities.

Consumers in these markets know that ABC Bank’s intuitive and secure platform can help them find the leading and best value fintech product offerings on the market. Customers are reassured that ABC Bank has properly scrutinised any fintech offering listed on the platform before giving the green light to offer their services. They have no worries, therefore, about their data or the security of their money.

As consumers’ financial affairs (and data) are managed within one platform – cash, investments, pension and expenditure – ABC Bank has a holistic view. Remember, data is more valuable than gold. ABC Bank is, therefore, in a unique position to provide higher value in-house services, such as holistic analysis and advice to help consumers make better-informed financial decisions.

If all this seems a bit far-fetched and futuristic, it is worth noting that this change has already occurred in Asia with the meteoric rise of Ant Financial. This financial services platform did not exist five years ago and is now worth $150 billion.

As banking boardrooms regroup following the pandemic and look once again to the future, perhaps they can dust-down the IBM playbook. They can position themselves at the centre of their customers’ financial lives as the financial integrator, making sense of – and harnessing – the power of fintech innovation for their customers’ benefit.

Those who move swiftly and decisively can seize the day. Those who procrastinate and live by the sword will be shot by those who don’t.

Vincent Colgan is a financial services strategist with expertise in banking and fintech collaboration.

This article was published in the June 2020 edition of Accountancy Ireland.